Gaining the RIGHT Experience for Your Sports Career

If you are going to get hired in the sports industry the first step is interning…and so is the second step and the third.

Think of it this way, if you were in charge of hiring someone for an entry-level position with an NFL team, would you rather hire the person that:

A: Had a 3.8 GPA and worked in their father’s office during summer vacation

B: Interned with the USGA during the US Senior Open, the Michigan International Speedway in corporate partnerships and with the New York Mets as part of their social media department.

Psst. The answer is B. And that is the actual resume of a real-life-soon-to-be-competition-for-a-job-you-are-interested-in person. 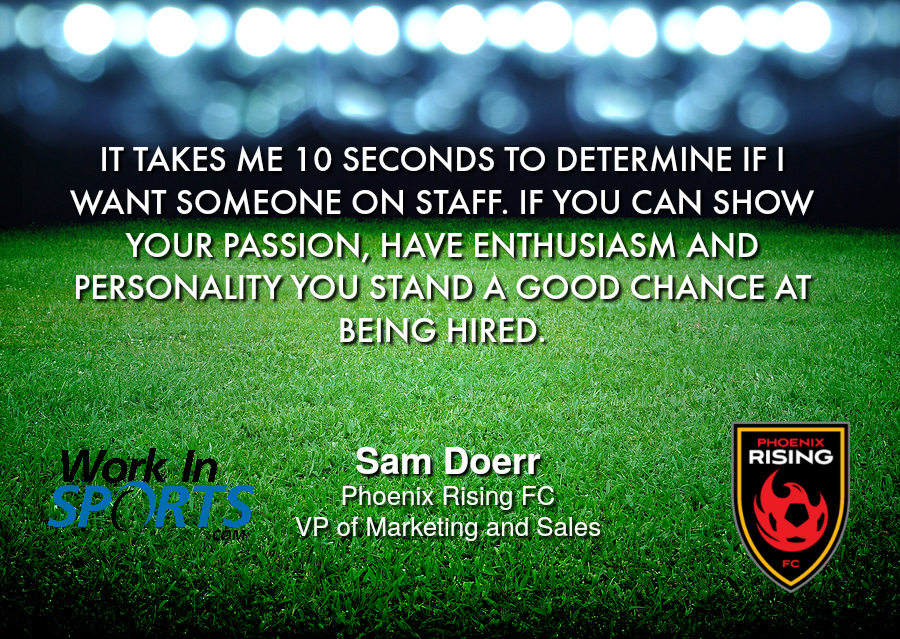 Graduating with a high GPA is nice, but it doesn’t tell employers how you can make them better, it just tells them you studied and passed tests. Internships can bulk up a resume to show you have experience achieving specific tasks in a real-world business environment.

However, it’s not enough to get sports internships; you have to make the most of them.

Not to worry, we’re here to help. Avoid these seven deadly sins of sports internships, and you should be ready to stick your foot firmly in the door of the sports industry.

(OK. They aren’t deadly. I just happened to watch David Fincher’s classic movie Se7en for the 100th time this weekend and felt inspired)

Every sports internship is essentially a drawn-out interview. Every day that you have your feet planted firmly in the building you have a chance to prove you are worthy of being that company’s next hire.

“It’s a benefit for us to hire an intern because we already know their qualifications and how well they do their job,” says Katie Gambill, Vice-President/General Manager of 5-Star Radio in Clarksville, Tennessee. “We also already have a feel for how well they blend with the rest of the team.”

However, being a know-it-all is the quickest way to derail any potential post-internship job opportunities.

When you think you already know all the answers, you stop asking questions and stop being curious. Curiosity doesn’t limit; it just begs another question and absorbs more information.

Don’t lose your curiosity because you believe your pride is more important.

Advanced Tip: Some people act like a know-it-all to cover up the fact they are unprepared, nervous and afraid to be exposed. I get it; I’ve sped down that road before. I was so overwhelmed in my first sports internship that I was scared to ask questions for fear they’d be stupid. However, I still acted like I owned the place — total fraud.

The truth is, internship coordinators don’t expect you to know much, they expect you to pay attention, learn and execute when taught. Don’t over think this process, be curious, and ask questions.

Sports internships are a proving ground, a chance to show your work ethic, ability to complete tasks and abide by deadlines. 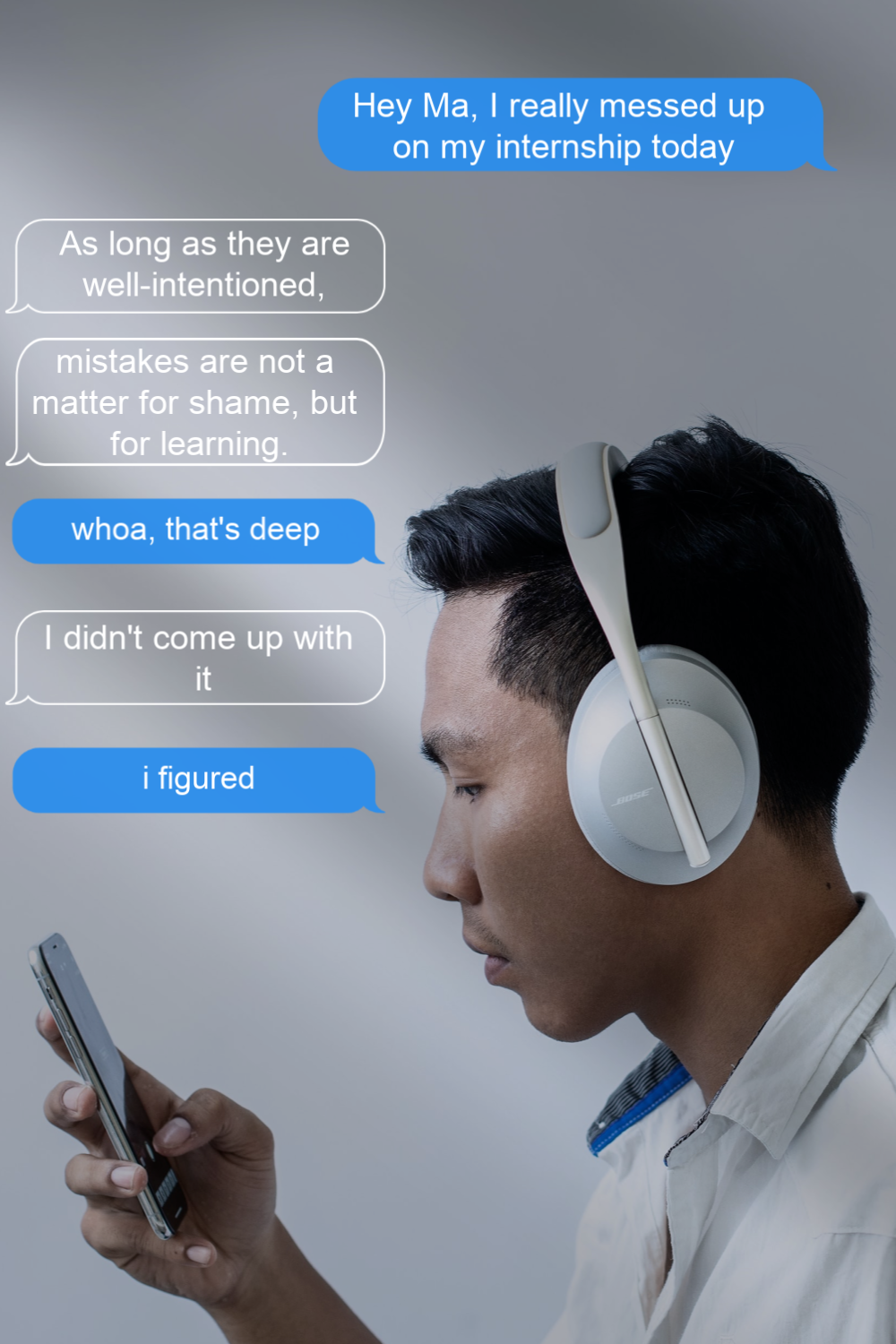 But not if you are lazy.

“When you get an internship, become known as the ‘yes’ person, willing to learn and do everything,” says radio host Shellie Hart.

Attitude is everything during your internship if you bring it every day people will notice. If you are lazy or unmotivated people will see that too.

Advanced Tip: Treat your internship like a job, don’t show up over-tired, unshaven or in clothes that look like they spent the last week on your floor. Time to show your professionalism, and put in your best effort to every assigned task.

Even if you are setting up equipment, there is something to be learned from every sports internship experience

True story, I once had an intern tell me when given a particular assignment, “Nah, I’m not doing that.”

You’re probably thinking – well, did you ask him to clean the bathroom or something?

Nope. It was his first day, and his assignment was to label tapes for all the sports events we would be recording that night. That was a typical day one task, to help get an interns feet wet and grasp the enormity of the project we took on every night.

He thought he was above the task. He wanted something more glamorous, more befitting the person he thought he was. That intern was unable to see the opportunity in front of him, and he was told not to come back for day two.

His selfish desire to do something other than his assigned task ended what could have been the opportunity of a lifetime. Had he worked hard, done the job to the best of his ability and thought about how he could help the business rather than himself, he would have made the most of his chance.

Advanced Tip: Don’t ever forget, when you are an intern your job is to do the things you are assigned with vigor.

Show restraint if you get invited to a work happy hour, or just out for a cocktail after work – this isn’t the time for ‘just one more.’

“I once invited an intern to come out with the crew for a few beers after a long shift,” recalls a sports reporter who would prefer to remain anonymous. “The intern got pretty drunk and started challenging me to a race out in the alley behind the bar. 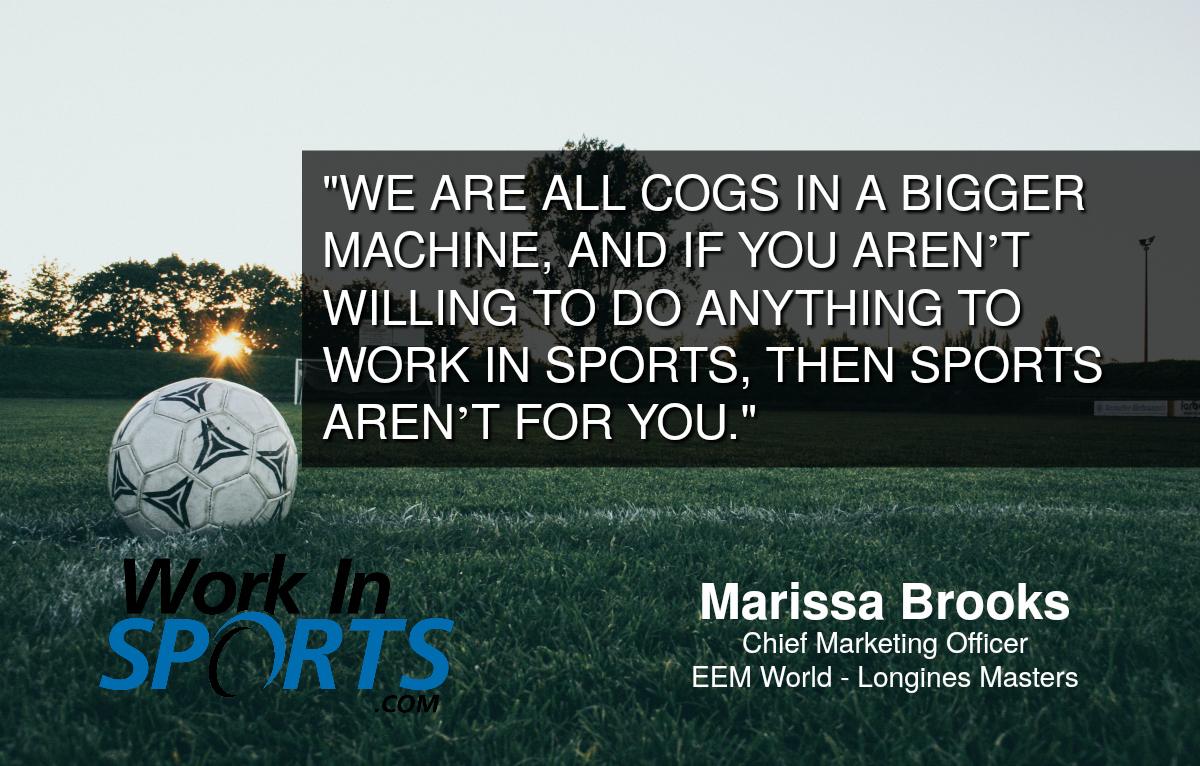 “At first I thought he was joking, but he started to get more and more belligerent about it, telling me how fast he was and that he could kick my butt. It got uncomfortable fast.”

There is a time and place for being the life of the party, and it’s in your college dorm or sorority house, not around your new co-workers.

Advanced Tip: Don’t make the mistake of trying to buy your boss a drink. It’s cheesy – they know you don’t have any money, so it just creates an awkward situation. Try instead to engage them in real conversation.

Treat an internship like a job, dress nice, work hard, impress. ‘No cheering in the press box’ is the common refrain in the sports industry.

Working in sports means you're connected to the teams you love as a fan, but when you are interning, you aren’t a fan, and you aren’t in a sports bar.

No jerseys, no unprofessional arguments over the Yankees-Red Sox rivalry, no screaming when your team scores. Have respect for the workplace; sports is a business. It cooler than an accounting firm, but it’s still a business.

Advanced Tip: Don’t even bother sharing who ‘your teams’ are unless someone asks, it’s irrelevant to your success. On the other hand, if you find out the hiring manager is a Cowboys fan and so are you, now you have an in to start building some common ground.

Use that as a conversation starter; don’t go overboard. Ultimately you’ll get a job because you have the skills and attitude they want, not because you know Demarco Murray was the 71st pick of the 2011 draft.

There are jerks in every workplace – get used to it. Even if some fool thinks it’s empowering to talk down to an intern, don’t engage with this type of cave dweller, dismiss them.

As an intern you are unproven; it does no good to engage with someone in verbal sparring.

Keeping your cool is a skill.

There are also those people in the workplace who are blamers. If something goes wrong, they always look to pass the buck, and often that falls on an intern. Resist the urge to personally attack that person, stick to the facts, calmly.

Bide your time, you’ll find your battlefield, but in the meantime spend more time concentrating on your learning, your networking, your benefits of being an intern.

I was about three weeks into an internship at a large sports network and was given the assignment to run teleprompter for a new show that was debuting. I hated running prompter, it made me dizzy, and I thought it was an idiots chore.

Another intern was watching and logging the lead story for that night's show – I wanted that job instead.

Instead of focusing on my task and performing it to my best, I sat in envy stewing about what I wanted, and I did a pretty sloppy job running prompter.

Afterward, my intern coordinator came up to me disappointed and said, “I needed someone I could trust in that role, it was a critical show we were debuting, and I chose you because I knew I could trust you, but you let me down.”

Advanced Tip: You won’t always know the genesis or reasoning of each assignment given, but you need to trust your supervisors and do the best job you can with each assignment - even if it’s running prompter.

A sports internship is an audition, an opportunity for a student to take the knowledge they have begun to acquire in the classroom, and apply it to a real-world work environment. It’s a unique opportunity to demonstrate to an employer what they could expect from them if they were hired in a full-time role.